Toreasy (Android) and TORAXIS (iOS/Appstpre) are applications which provide the surgeon with a NEW and innovative non contact solution for marking the orientation of the eye and its anatomical elements. Its primary application is to allow the ophthalmic surgeon to align toric intra ocular lenses for replacement of the opacified crystalline lens (cataract) during cataract surgery, and the subsequent correction for corneal astigmatism.

It uses the gravity sensors (gyroscope and accelerometer) of modern smartphones to track to provide the surgeon with a permanent, stable and reliable orientation. Earth gravity is the only force that permanently points down toward the center of our planet. It provides a permanent and ubiquitous way to reference any direction, since gravity always points down, parallel to the 90° axis meridian. 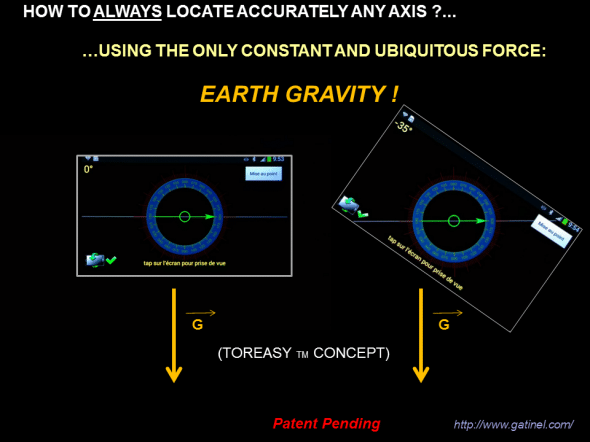 The gravity force is always oriented vertically, and can be represented as a force pointing down, toward the Earth center. A smartphone equipped with a gyroscope can maintain orientation constant.

Modern smartophones are equipped with gyroscopic sensors which allow to track the orientation of the device in space (remember the « air bubble level »app on the first iPhone in 2007 !).  Regardless on how you hold the device, it makes it easy to permanently display a virtual horizon line on the visualization screen. 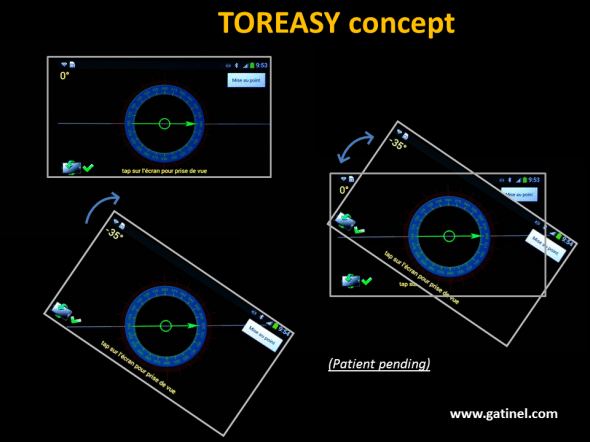 The concept behind Toreasy relies on the use of the smartphone’s gyroscope to allow a 360° reticle to perfectly hover in a stable position, regardless of the smartphone orientation. Moreover, the angle of inclination and/pr forward and backward tilt can be monitored ! Hence, if superimposed to the snapshot of the eyeball, it allow to precisely locate the horizontal axis, and reference any landmark… while immune to any tilt or balance of the smarphone !

This photo was taken while flying aboard a commercial airline flying at a constant speed: the gravity sensing allow the Toreasy/Toraxis application to maintain its orientation and align perfectly with the horizon line ! 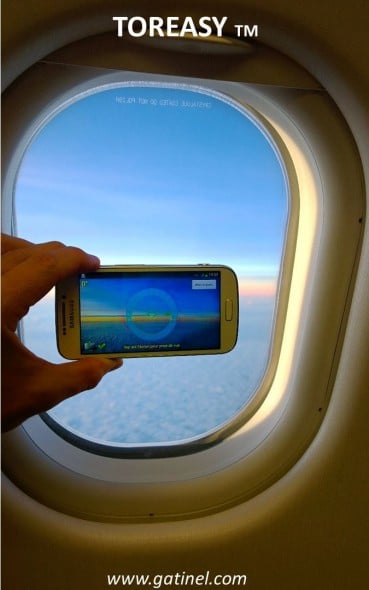 Using the Toreasy app on smartphone (available on Android, and now n the Appstore under the Toraxis name) a snapshot of the eye is taken, and augmented reality azimutal marks, which are permanently re-aligned using the gyros coping sensors,  are displayed on the screen. A high definition snapshot of the eye allows the user to further locate any element on the picture, including blood vessels, pigmentation marks, etc.

I co-developed this smartphone application (Patent pending) in partnership with the Optha.com company, and now use it routinely for all my surgeries, whenever a toric IOL implantation is planned.

Toreasy/Toraxis is the first Smartphone enabled non contact solution for eye marking, which can be used for cataract surgery with toric Intraocular lens (IOL) insertion for astigmatism correction.  Bubble level markers with ink marks are difficult to use because the surgeon has to keep an eye on the air bubble while also looking at the limbus and cornea to avoid corneal epithelial abrasion. Toreasy/Toraxis also allow to align the patient’s head correctly, by moving and realign the head until both right and left eyes pupil aligned along the same virtual horizontal line.

Any element can be tagged and its azimutal orientation appears instantaneously: hence, the further implantation of a toric IOL (or the deliverance of any oriented correction for astigmatism) can be performed and aligned with improved accuracy. 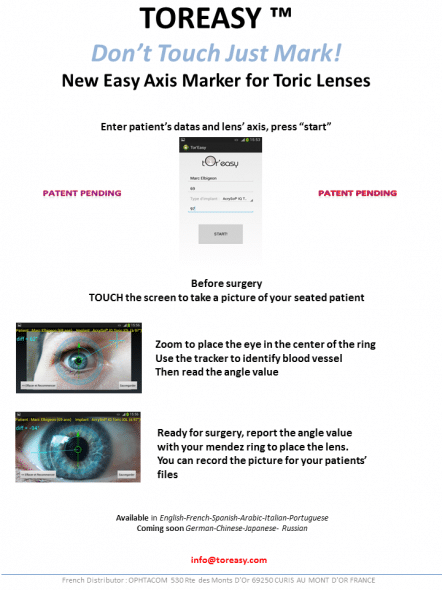 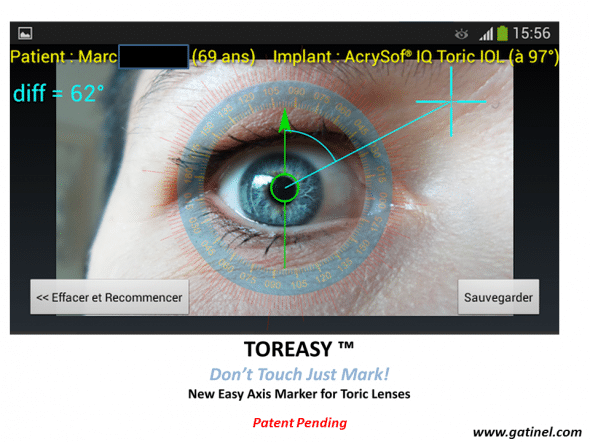 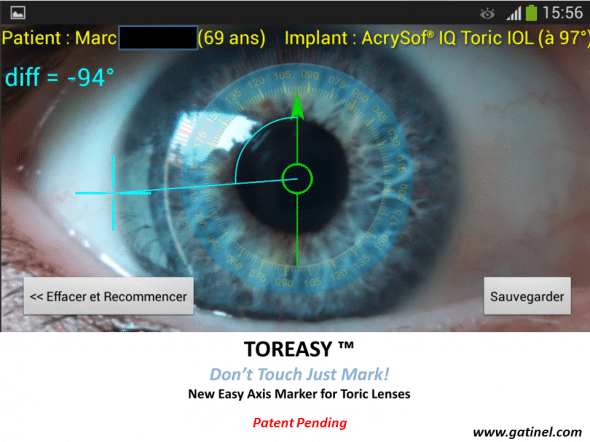